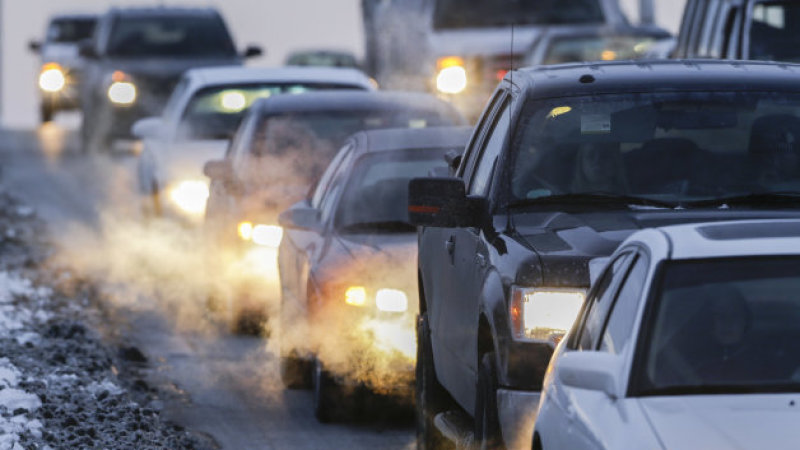 In my hometown of Detroit, everything revolves around the automotive industry—the steel mills, the oil refinery, the plants that create the plastics and the parts to build our cars. Dubbed the "Motor City," the auto industry is woven into Detroit, for better – and for worse – to power American-made automobiles.

Raised as a lifelong Detroiter from zip code 48217, my roots connect back to the auto industry, too. Like many in my community, I worked in the auto industry as a tenured worker at General Motors (GM) for over 15 years.

Unbeknownst to me, as I played my small part in GM's success, my health was deteriorating both physically and mentally.

The dirty, gas-powered cars and trucks popularized by companies like GM pollute our air and greatly contribute to our growing climate crisis. In the United States, the transportation industry is the single largest source of greenhouse gas emissions, so it comes as no surprise that 48217 is the most toxic zip code in Michigan. Air pollution is not only a contributing factor to climate change; it is a national public health concern.

When I left GM, I didn't set out to be an environmental advocate. I had been earning a middle-class living, but despite my experience and years of work, at the time, there was little opportunity to grow as a Black woman in the auto industry. I had to continue working in the plants, and eventually I was forced to leave because of my health.

GM has always been willing to sacrifice the health of their workers, our communities and our environment for the sake of their profits.

Unbeknownst to me, as I played my small part in GM's success, my health was deteriorating both physically and mentally. I later learned that throughout my time at GM, I was exposed to toxic chemicals including Freon, hydraulic oil, asbestos and particulate matter. In 2007, I was diagnosed with cancer and while I am now thankfully in remission, I am still dealing with the long-term effects of cancer and the mental health implications of my experience.

This month, the North American International Auto Show is back in person in Detroit, and the auto industry finally appears to be moving in the right direction for our planet. Automakers like GM are making promises to cut down on greenhouse gasses and carbon emissions by transitioning to clean, emissions-free electric vehicles (EVs). President Biden even attended to celebrate the transition to EVs.

But while this transition is welcome, we need to maintain skepticism. GM's shift to EVs comes after years of reluctance, including active lobbying against climate action, and still, the EVs GM actually makes are reportedly produced at rates “slower than comparable new vehicles from rivals.” Even as they publicly make bold promises, such as in their “aggressive and significant” ad campaign, “EVs for Everyone,” to highlight its new all-electric line-up, just two of the five Chevy vehicles featured are even available on the market.

GM didn't announce a transition to electric vehicles to reduce emissions, but because they see the financial benefits. Consider this: during their 2022 annual shareholder meeting, GM said it is maximizing profits from dirty, gas-powered pick-up trucks and SUVs in order to fund investments in electric vehicles—counteracting any potential benefits to our climate.

GM has always been willing to sacrifice the health of their workers, our communities and our environment for the sake of their profits. My mother and father died of cancer, my brother and sister passed away undiagnosed, but likely from cancer, and two of my aunts had cancer. More than 12 neighbors on my block died of cancer – and this is true of most blocks in my community.

I believe that GM can be the industry leader in EVs that it promises to be, but only if the company cares to transition in a way that protects the health of the communities in which it operates. If GM continues to prioritize profits over the health and well-being of our planet, auto workers like myself and my community members will continue to be the casualties of automakers' greed.

I want to see an EV transition where future plants and manufacturing centers are as safe and clean as the cars that roll off the assembly line—not powered by fossil fuels that continue to pollute our community's air. I want to see GM retrain auto workers in EV production—people whose livelihoods have relied on the gas-powered auto industry. I want to be sure that toxic waste from factories is disposed of properly.

General Motors used this year's auto show as an opportunity to reestablish itself as a leader in electric vehicles. But it cannot come at the continued expense of our air, our water, our soil and our lives.

Theresa Landrum is a native Detroiter, former autoworker, and an advocate for EVs and environmental justice.