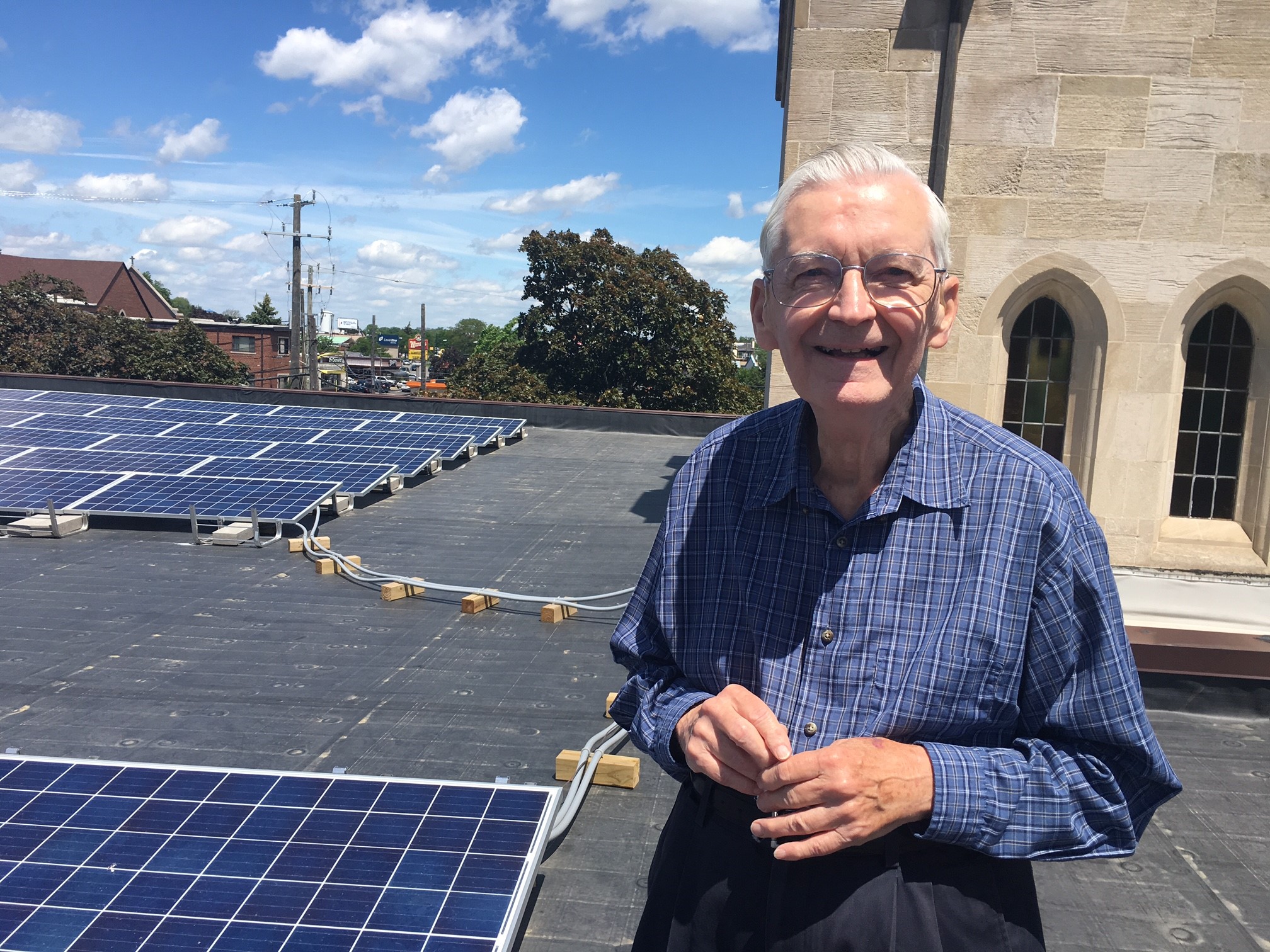 “This is a form of evangelism,” says Richard Fowler, when asked about his support for renewable energy. He is a member at First United Methodist Church of Ferndale, and has helped their solar energy program along through some rough patches.

Growing up during the recovery from the Depression, Richard was accustomed to saving money, and being able to generate his own energy has been a lifelong interest. After installing solar panels on his own home, he connected with a fellow congregant who had experience installing solar water heaters. They both started floating proposals for solar panels to First United Methodist, a congregation that Richard has called home for his whole life.

Richard says that the hardest part about adopting solar may be getting over the mental barrier. Members of the congregation were knowledgeable enough about green living and climate change, and were willing to do something about it, so long as it wouldn’t be too much trouble or cost. The job for Richard and his colleague was to assure people that this really could be done. 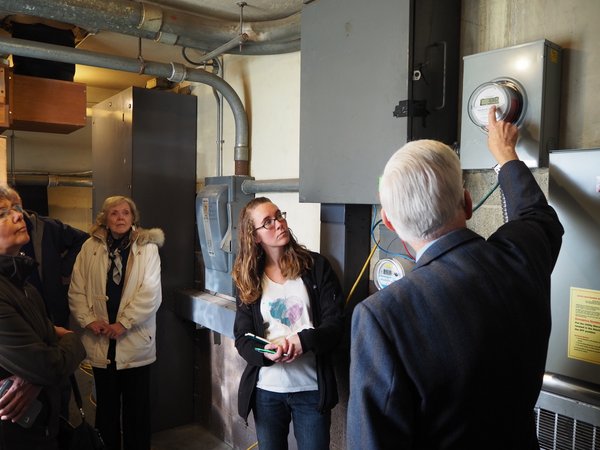 Their proposals to the church were often met with comments resembling, “it’s a nice idea, but its too expensive.” Then they heard about Michigan IPL’s program through the Congregational Church of Birmingham. This gave First United Methodist Church the boost they needed. Still, it wasn’t all smooth sailing. The process was supposed to take around two months, but it ended up taking more than a year. Delays with contractor scheduling, the municipal building department and inspector approval left Richard and the church feeling a bit discouraged, but they stuck with it.

The church now sports 64 solar panels, which are estimated to be capable of providing about 1/4 of their electrical needs per year. The solar array is owned by a private investor introduced through Srinergy, the contractor that installed the system. The private investor can take advantage of the 30% Federal Investment Tax credit and, in effect, pass on its benefit to the church. The church has entered into a Power Purchase Agreement (PPA) with the investor, by which it will pay a specified amount per kWh generated by the solar power system to the investor.

First United Methodist’s story makes it clear that a good first step to introducing green practices in your congregation may be connecting with neighboring houses of worship doing inspiring work.

Richard’s advice: “Stick with it! This is the way of the future. Let’s hope our difficulties can help smooth the way for those who follow.”